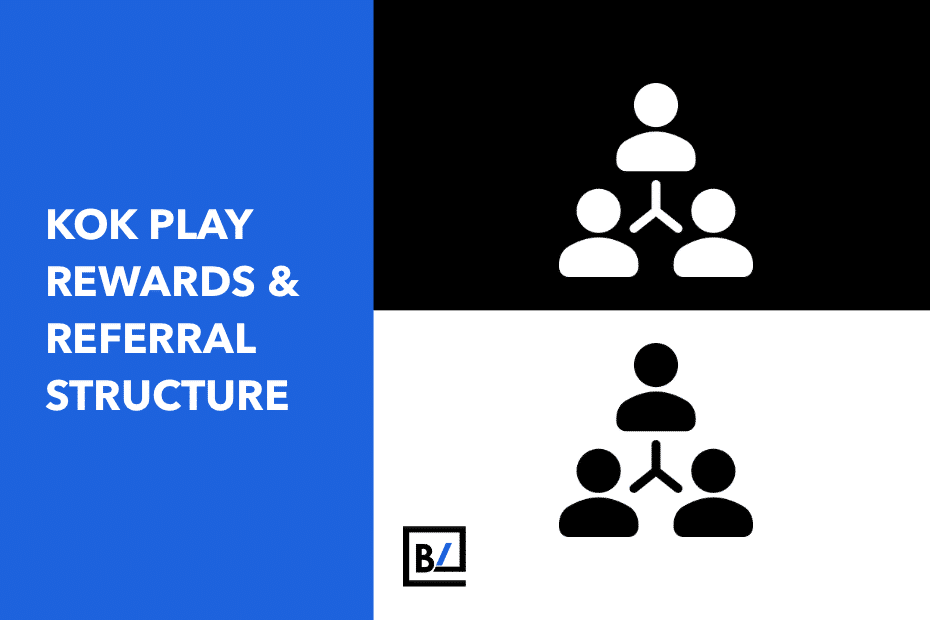 To be eligible for APY investment rewards, you must:

NOTE: The KOK PLAY account registration process can be a little confusing. For help with registration, read this guide.

Need help setting up your KOK PLAY account? Fill out the form below and let us help you out!

How much interest can I earn by mining / staking KOK coins?

Is there a limit to the APY returns?

Yes, when the entire amount of passive, frontier, and level compensation reaches 200 percent of the principal amount, all interest payments stop. To continue mining, you must add more money to the original principal.

EXAMPLE: If you originally invested $3,000 into KOK PLAY, the maximum amount of profit you can make through the KOK PLAY platform would be $6,000. So, if you were to pull everything out of the platform once you reach your cap, you would receive your initial $3,000 investment + the earned $6,000 which would be a total of $9,000. If you want to increase your cap, simply invest more money.

When do the KOK PLAY interest payouts stop?

According to the KOK PLAY whitepaper, it will take about four years before all circulation of KOK PLAY has been released from the company’s holding supply. Once the supply has been released, APY returns (mining rewards) are set to stop. However, it is likely that the KOK Foundation will amend the whitepaper to follow a model that is similar to Cardano’s approach. Meaning, once KOK PLAY’s full supply is in circulation, mining profit will continue but the APY returns will be lowered.

The referral structure within KOK PLAY consists of a generation bonus and a level status bonus. Each will be explained further below.

The best part is that you do not deprive people who you refer of profit. Instead, the KOK PLAY platform matches a percentage of your referrals’ APY returns and pays it to you directly based on your level status.

Keep in mind that benefits from each level do NOT stack.

The charts below show how your APY Profit Match Returns adjust based on each Level Status that you achieve.

John and Mary both want to deposit $10,000 so they can start receiving 4% per month for staking. John and Mary are married, so the most lucrative way is to have Mary signup under John. (Mary would now be considered John’s 1st Generation referral.) John will now receive a 100% APY Profit Match on Mary.

They can decide to restake this $1,200 back into mining every month, they can stake a portion of it, they can let it sit in their crypto wallet or they can withdraw it.

The best option would be to restake this money every day back into mining because you make more money when you restake/reinvest it.

Remember, there is a limit to how much you can take out of the platform. When the entire amount of compensation reaches 200 percent of the principal amount, all interest payments stop. To continue mining, you must add more money to the original principal. For John and Mary, the most they can pull out of the platform together is $40,000 which is 2x their initial $20,000 investment. To increase this amount, add more capital or just restake the KOK coins you earn every day.

The best route is to withdraw half and restake half of what you earn every day. When you follow this method, you will never reach your interest cap because you are always adding money back into the platform. So, for John and Mary, they should withdraw $20/day and restake $20/day.

Let’s now assume that John and Mary each invited two friends into the platform. Each friend deposits $5,000 to get 4% per month for staking.

Mary is staking $10,000 from Example 1 and is earning $400/month in interest. Mary is a Level Status 0 and refers Ashley and Martha.

Together, with 4 friends referred, John and Mary are now making $2,330/month (compared to $1,200 in Example 1) and they still have just their initial $20,000 invested. They did not have to add any more money to the platform.

If you would like to read more about KOK PLAY, check out our other guides here which include how to mine KOK and how to sell KOK coins.

Need help setting up your KOK PLAY account? Fill out the form below and let us help you out!

[…] To read more about the KOK PLAY rewards and referral structure, click here. […]

wpDiscuz
2
0
Have thoughts about this post? Let us know.x
()
x
| Reply

Feel free to contact us. The team at BaseLynk has held our KOK PLAY accounts for over a year and can prove that it actually works! We have made a lot of passive income and we want to help you make some as well! We will be more than happy to set up a one-on-one meeting to answer all of your questions.